Puerto Ricans at the Dawn of the New Millennium 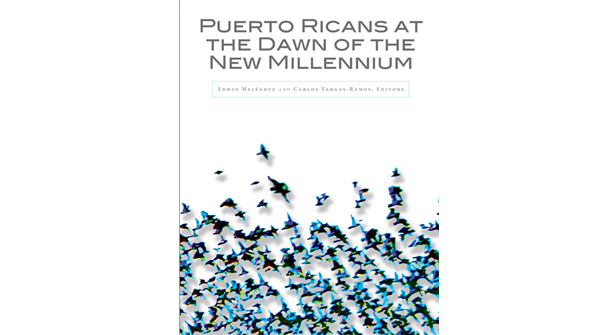 PUERTO RICANS AT THE DAWN OF THE NEW MILLENNIUM

A new millennium, with new realities. The demographic and socioeconomic profile of Puerto Ricans has changed dramatically. In less than a decade, the Puerto Rican population living in the U.S. has surpassed those living in Puerto Rico. The Migration wave of the past decade rivals the magnitude of the Great Migration of the 1950s. Even among Puerto Ricans on the mainland, the patterns of migration have changed significantly. With over a million Puerto Ricans crossing state lines over the past decade, a rate of mobility far exceeding that of the U.S. population as a whole, the traditional centers of Puerto Rican community in the US are changing. Florida is on its way to eclipsing New York State as the major stateside location of Puerto Ricans.  At the same time, the Puerto Rican community has endured the effects of the Great Recession of 2008 in distinct ways. Economic hard times spurred migration to the mainland, as the recession brought unemployment and poverty to a great many Puerto Ricans. Yet, stateside, Puerto Ricans recovered faster and fared better overall than other ethnic groups. By 2011, Puerto Ricans workers had improved when compared to average earnings of non-Hispanic white workers. Puerto Rican women show the most significant gains in earnings during this period, in both absolute and relative terms.

declining opportunity and the enduring challenges faced by those still caught in the trough of the recession. The book is also a story about those who left the island for the Mainland United States in search of economic opportunities and about the social contexts of the new communities throughout the United States in which they have settled.

Introduction: Puerto Ricans at the Dawn of the New Millennium by Edwin Meléndez and Carlos Vargas-Ramos

A Brief Look at Internal Migration of Puerto Ricans in the United States: 2001–2011 by Juan Carlos García-Ellín

Patterns of Puerto Rican Settlement and Segregation in the United States, 1990–2010 by Carlos Vargas-Ramos

Rebuilding the Puerto Rican Education Pipeline for a Multilingual and Multicultural Future by Luis O. Reyes

School, Work and the Transition of Puerto Rican Youth to Adulthood by Edwin Meléndez, M. Anne Visser and Kurt Birson

The Asset Profile of Puerto Ricans and Other Latinos after the Great Recession: 2008–2010 by Kurt Birson, Ramón Borges-Méndez and Kofi Ampaabeng

Asthma and Diabetes within the Puerto Rican Population

by Anna Rosofsky and Judith Aponte

Edwin Meléndez is the director of the Center for Puerto Rican Studies and professor of Urban Affairs and Planning at Hunter College. An economist by training, he has conducted considerable research in the areas of Puerto Rican and Latino studies, economic development, labor markets and poverty.

Carlos Vargas-Ramos is a research associate at the Center for Puerto Rican Studies where he works on the impact of migration on Puerto Rican political behavior, political attitudes and orientations as well as on their racial identity.

Centro Store 2022
Frequently Asked Questions When can I expect to receive my order? Books...