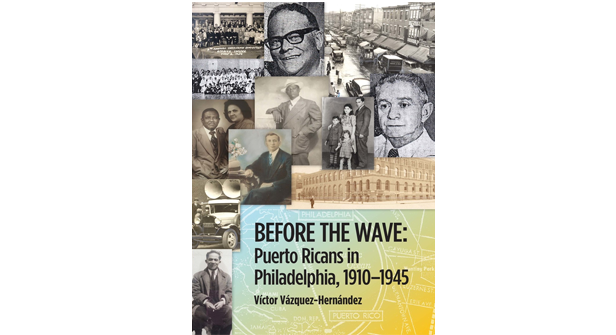 This book recounts the genesis of the Puerto Rican community in Philadelphia during the interwar years (1917–1945). It connects the origins of this community to the mass migration of the post-WW II years when Puerto Ricans consolidated their presence in Philadelphia (1945–1985). This study compares the experiences of Puerto Ricans with that of the Italians, the Polish, and African Americans in Philadelphia during the early twentieth century. The scholarship on Puerto Ricans outside of New York has been, by and large, limited to the postwar period and a closer examination of the interwar years provides us a more complete picture of how the postwar migrants were established and developed over a much longer period than previously believed. Until now, there has been no comprehensive examination of this early diaspora in Philadelphia and this book rectifies this scholarly deficiency.More...

This study also argues that the picture presented by scholars on the extent and impact of Puerto Rican migration to the U.S. is hampered by a lack of understanding of the pre-World War II period. A review of the available literature for this time period and the evolution of these communities that have lasted well into the twenty-first century is a testament to the importance of the pre-WWII period. In addition, this book argues that this early migration was important for carving out a small, but significant space into which the post-World War II migration landed.

Chapter 1 From the Periphery to the Core: An Introduction

Chapter 5 The Emergence of a Puerto Rican Community: Social and Organizational Roots

Chapter 6 Legacies for the Great Migration and Beyond: An Epilogue

Víctor Vásquez-Hernández has made an important contribution to the history of the Puerto Rican diaspora… This work offers a short but sustained analysis of the shifts in composition and circumstances of diasporic migrants to the City of Brotherly Love. John H. Hinshaw, The Journal of American History More...

With Vázquez-Hernández’s contribution, we can now begin to think more comparatively about what we know about the early Puerto Rican diaspora. Before the Wave highlights the importance of the racial and ethnic composition of the places where Puerto Ricans settled, while providing a more nuanced portrayal of Philadelphia’s racial and ethnic diversity. Carmen Teresa Whalen, Williams College